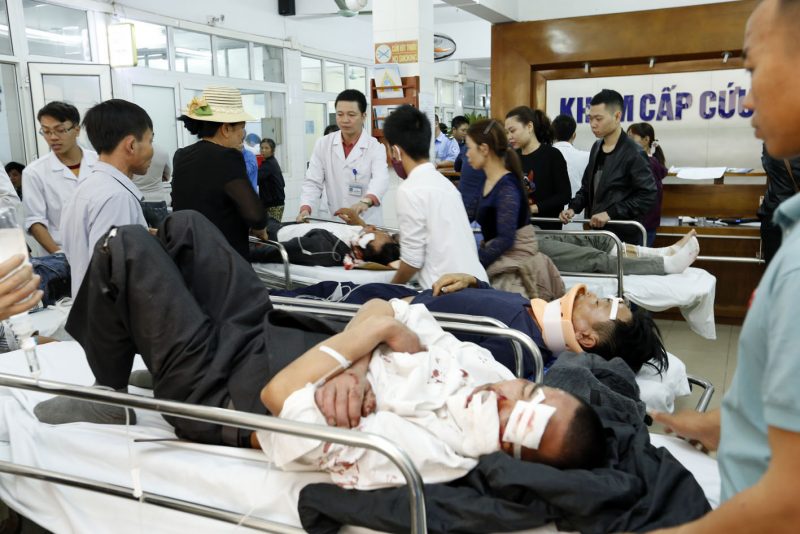 This petition sends to: Head of National Assembly, Prime Minister

UPDATE: On June 14, 2019, the National Assembly officially passed the Law on Prevention and Control of Alcohol and Beer Harm. http://quochoi.vn/tintuc/Pages/tin-hoat-dong-cua-quoc-hoi.aspx?ItemID=40796

More than 10,000 people with traffic accidents came to the hospital for emergency care in the last 5 public holidays. 45% of emergency cases are related to alcohol. Alcohol also directly causes 30 deadly diseases such as cancer, heart disease, cirrhosis ... Alcohol abuse is causing serious consequences for both drinkers and the social community. Consequently, harm can occur immediately after drinking such as trauma, causing traffic accidents or alcohol poisoning ....

Alcohol causes long-term damage to health such as cancer, cardiovascular, cirrhosis, mental disorders, dementia, fetal poisoning due to maternal use of alcohol ... or long-term social problems that reduce the quality of human resources, the quality of the population, destruction broken family and social relationships. Worryingly, the proportion of the population using alcohol and beer is becoming younger and younger, with the prevalence of alcohol consumption in the legal age group (14-17 years old) very high at 47.5% and within the age group. 18-21 is 67%, seriously affecting the country's human resources in the future, especially the quality of race The cost to address the harmful effects of alcohol has burdened the economy and the state budget. According to WHO statistics, the economic cost of alcohol accounts for 1.3% of GDP. Damage is estimated at VND 65,000 billion. The economic cost of people for consumption only for Vietnam's beer in 2017 was equivalent to nearly 4 billion USD (92,000 billion). In Vietnam - Germany Friendship Hospital, 300 patients with emergency injuries get emergency everyday. In particular, on the peak day, there were 150 patients suffering from traffic accidents, violence, poisoning ... Many emergency patients were still full of the smell of alcohol and beer.

The National Assembly is now preparing for its seventh session, including a review of legislation to prevent alcohol harm. "Because of such devastating harm, no country encourages, on the contrary, to have laws on alcohol control. Together support the petition to the National Assembly to pass the Law on Alcohol Control at the May, 1919 session to limiting and preventing the harmful effects of alcohol.

" Please press the "Sign up for Support" button to put your name on the petition sent to the National Assembly.

Law on Prevention and Control of Harms of alcohol: Help millions of people happy

About 10,000 people with TNGT went to hospital for emergency examination and 5-day holiday

Today Cuutro02 is counting on you!

Cuutro02 needs your helps with "The National Assembly officially passed the Law on Prevention and Control of Alcohol and Beer Harm". Join Cuutro02 and 395 supporters today.