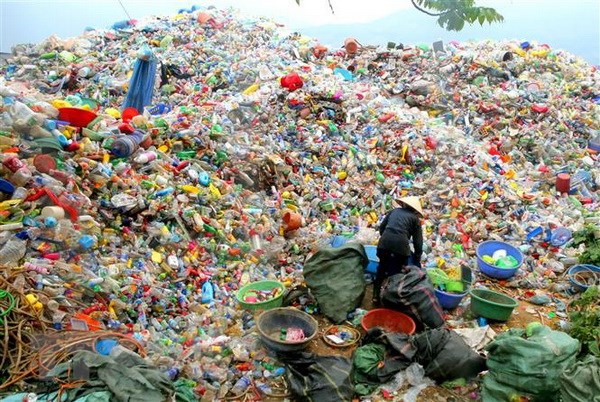 Plastic waste, due to its inability to decompose, is devastating, destroying the living environment and human health. Species such as fishes, turtles, corals, and birds are being killed by plastic waste. 55% of marine animals have plastic waste found in their stomachs and intestines. More dangerous, microscopic plastic particles can invade and destroy the cells of organisms and humans.

In December 2018, the European Parliament passed a law banning disposable plastic products such as bags, plastic cups, cutlery, straws ... In January 2018, China decided to ban the import of plastic waste. due to concerns about environmental pollution. Since July 2018, 127 countries have imposed sanctions with plastic bags. Since March 2019, 62 countries have banned plastic bags and imposed financial measures on plastic waste.

Plastic waste is coming back to destroy the environment that threatens our lives and the health of ourselves and our children. To prevent the harmful effects of plastic waste, sign and support the petition to the Regional Ministry of Natural Resources and Environment and the Parliament to develop a plastic waste control law.

Today Lehn is counting on you!